The Hasselblad X1D – Setting the standard for medium format CSC’s 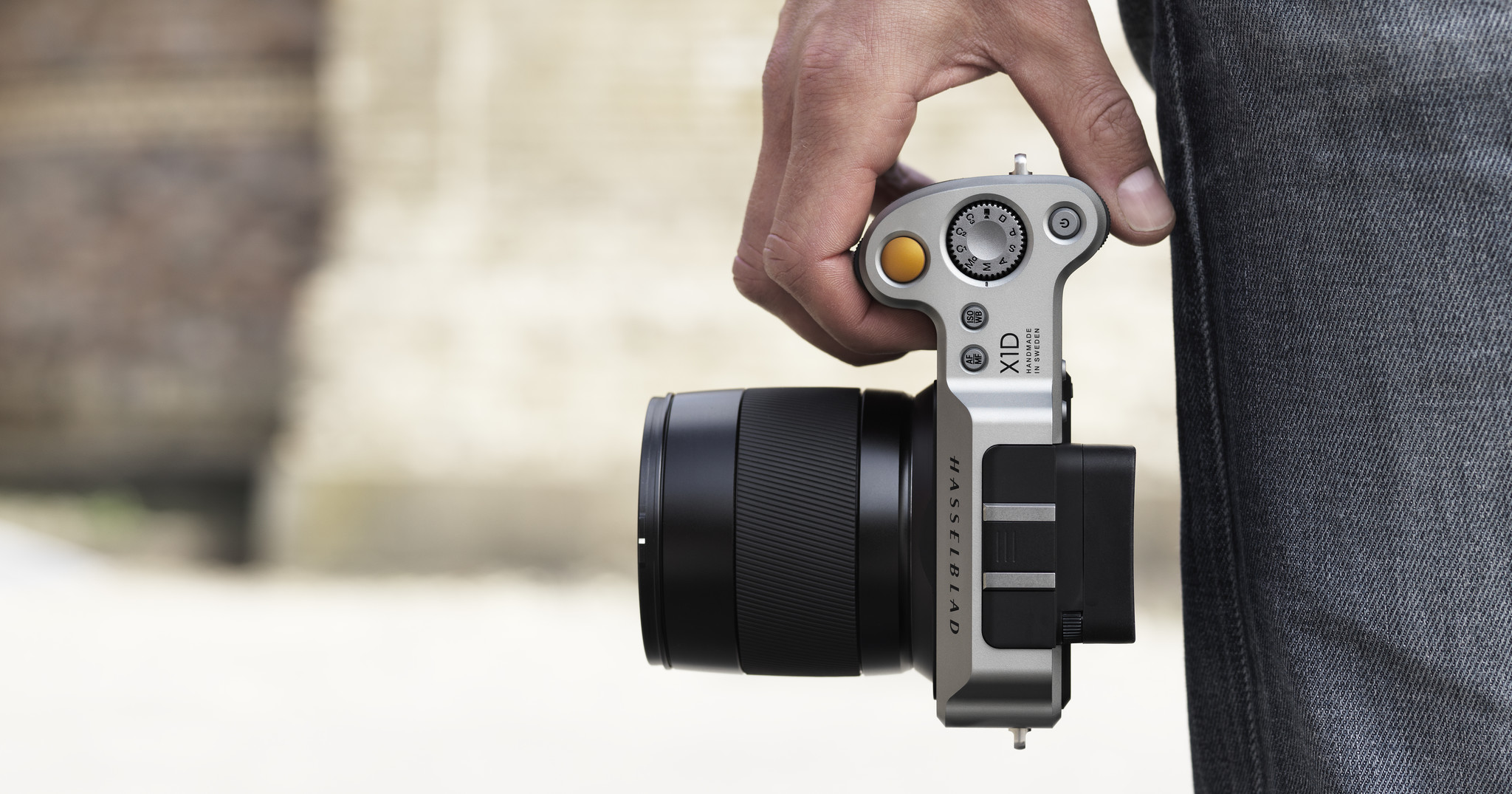 A mirrorless camera with style as well as substance

The sleek lines and attention to detail on the chassis are likely to be the first things you notice about the Hasselblad X1D, the second might well be the price tag, it looks a little pricey for a CSC, until you notice it has a medium format sensor and is, therefore, surprisingly affordable especially considering its pedigree and aimed squarely at the professional photographer.

From a stable whose cameras went to the moon with Neil Armstrong, it’s no surprise that Hasselblad pushed the boundaries of what’s possible and was the first to produce this, the World’s first medium format mirrorless camera.

As is the case with mirrorless cameras, the Hasselblad X1D is smaller and lighter than your traditional  DSLR, it does, however, at 725g (body only) have a reassuring heft to it and the grip is just large enough to accommodate your whole hand, so no dangling fingers. The comparatively small size and lack of weight make the X1D much more portable than it’s more traditional medium format counterparts and with the camera being sealed against dust and weather, you’ll be finding excuses to uses it everywhere. It’s worth noting that the X1D shares its 50 megapixel sensor with the Pentax 645Z and the Fuji GFX, both traditional medium format cameras which are substantially larger and heavier.

Having no optical viewfinder, the 2,360k XGA electronic viewfinder and 3″ LCD 920k pixel touchscreen do a dazzling job representing the image at hand. The refresh rate could be a little faster though. The user interface is intuitive and many of the camera’s features are accessed via the touch display allowing Hasselblad to do away with all but the essential physical buttons. A nice design feature is the mode selector dial on top which pops down when not in use.

Mirrorless cameras have a tendency to burn through batteries rather quickly, however, the X1D manages to last well in comparison to other CSC’s. The battery release mechanism deserves a special mention for the way it partially ejects, then holds the battery ready for swapping. Truly a wonderful piece of design.

The X1D doesn’t disappoint with its connectivity. Wi-Fi is standard for CSC’s, the Hasselblad also includes GPS for geotagging and the ability to connect an iOS device to use for either image previewing or as a remote control for the camera. Using a USB 3.00 type C connector, the X1D can be hooked up to a computer and can transfer images at around five times the speed of firewire. For those wanting to take advantage of the video capabilities of the X1D, there are Mini HDMI & Audio I/O ports to connect the camera to larger monitors. There are two SD card slots which can be used in a variety of ways. For those of us who’ve ever had a card fail mid-shoot, the security of recording on both cards simultaneously might be reassuring. For others who might like to leave it longer between card swaps, the convenience of having two cards to fill up might be preferable.

If there’s one real frustration with the X1D, it’s the startup time, it takes a few seconds to fire up before being ready to take pictures, added to that, the usual, slightly slower focus speed of medium format, when compared to smaller sensor DSLR’s, is still there. Autofocus is, as expected, achieved via contrast detection. The smaller, purpose-built XCD lenses from Hasselblad do however compare reasonably favourably with other medium format cameras in terms of focus speed. Should you wish to grab the lense barrel and focus manually, you’re free to do so, however, there is a slight lag from making that twist to the screen catching up, a downside of the lack of optics.

Overall, the Hasselblad X1D is a beautifully constructed and well-designed camera which shows itself as being just as capable as other medium format platforms, but at a fraction of the size. As the first of its kind, it sets a high bar for other manufacturers to follow and is likely to turn the heads of many a commercial photographer keen to keep their eye on technology.