What is The Golden Hour? Why is it important? 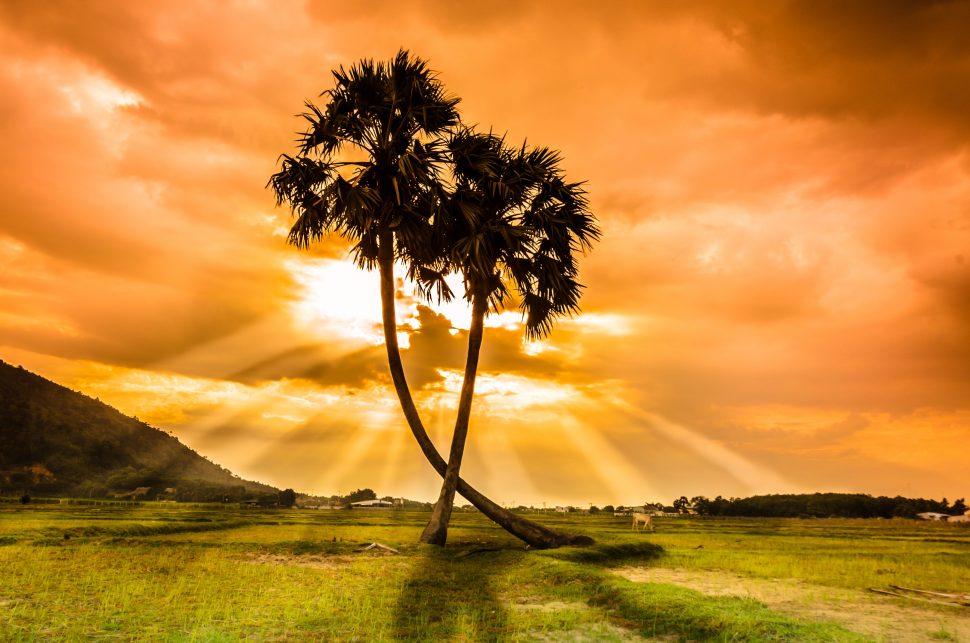 Photography In The Golden Hour

Anyone who steps outside the photography studio and captures photographs outside should know about ‘The Golden Hour’, or ‘The Magic Hour’ as it’s sometimes known. The name however might be misleading, as it’s technically neither golden, nor does it last exactly an hour. However, the Golden Hour refers to a period of time just after sunrise or just before sunset, where the position of the sun in the sky means that outdoor settings will be flooded with natural light which is softer and more diffused with a higher ‘colour temperature’ than you’d find during the rest of the day.

Pictures taken during the golden hour, therefore, have an almost ‘otherworldly’ glow to them. This halo effect, the softness and warmth of the light and the directionality of the sunlight makes The Golden hour a perfect time of day to shoot evenly lit landscape images and natural, flattering looking portraits. The angle of the sun in the sky also makes shadows longer, which aids in creating a feeling of depth in the resulting pictures.

Making the most of The Golden Hour

The best time of the day to capture certain types of images can also be the most fleeting. Naturally, weather can play a large role in any outdoor shoot and frequently the Golden Hour lasts much less than sixty minutes, meaning that efficiency is key to getting the most out of this ephemeral time. In commercial photography, the skill of a professional photographer will yield spectacular results as the combination of years of experience, perfect outdoor lighting and the latest equipment all come together to create photography which looks utterly spellbinding.

During the Golden Hour, a skilled commercial photographer can capture the kind of image which would otherwise take hours of post-production to achieve. Bokeh and rim lighting effects, Lens Flares and deep shadows can all be easily captured during this fleeting period to add depth and drama to your photo shoot.

Which Commercial Photoshoots Are Best For The Golden Hour?

The Golden Hour can produce some magical landscape images, so you’ll often see images in travel guides taken during the golden hour. While many fashion photo shoots take place in the controllable environment of a photo studio, context and drama can be added by capturing your models outdoors. Architectural photography can also be beautifully enhanced when the angles, shadows and curves of a structure are beautifully complimented by being captured at this special time of day.